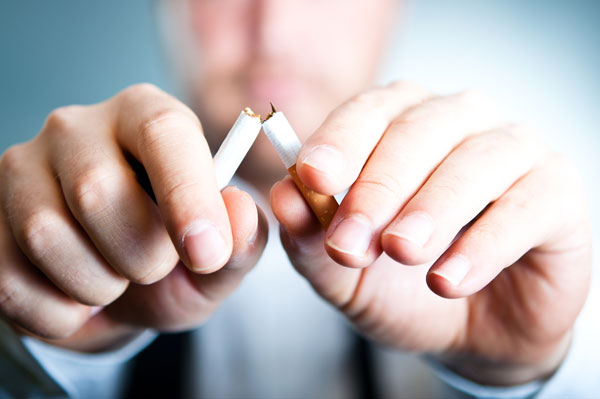 Hypnotherapy is recognised as one of the most effective treatments for quitting smoking. As with all Stop Smoking programmes, it requires that you have made up your mind that you really wish to stop smoking so that programme has the maximum effect.

However, unlike cognitive behavioural coaching/hypnotherapy, the smoking cessation programme aims to achieve the goal through one long therapy session (usually 2 hours), which is preceded by a questionnaire and pre-session exercises. Sometimes a short follow-up session is needed to reinforce the hypnotherapy.

The adverts on television are far more graphic in their efforts to put people off smoking and the effects of smoking on your health is very obvious - approximately 100,000 people in the UK die each year due to smoking. Smoking-related deaths are mainly due to cancers, chronic obstructive pulmonary disease (COPD) and heart disease. Cigarette smoking is the greatest single cause of illness and premature death in the UK.

Many people have already given up smoking. In 1972 just under half of adults in the UK were smokers. By 1990 this had fallen to just under a third. At the present time, about a sixth of UK adults are smokers.

Once you have decided to give up and have successfully quit smoking, put the money that you would have spent on cigarettes to one side. If you used to smoke on average around 20 cigarettes a day at roughly £7 per pack (which is on the cheaper end of the scale), after a year of stopping smoking, you will have saved around £2,500.

What could you do with that extra money?